Instagram vs. Facebook advertising? If you intend to launch a successful campaign using just one of the most popular social networks. But the problem is you don’t know which of the platforms would be best for you. Facebook and Instagram are among the most popular. So you’d want to take a closer look at the benefits and statistics of each of these platforms. And this post is going to help you do just that. These insights will help you launch a successful social media marketing campaign through the right channel.

Find out how to use data to improve your results and create data-driven Instagram campaigns.

Let’s begin with a thorough analysis of Instagram and its role in promoting businesses. Here are a few statistics on the platform so you can better understand the benefits:

Instagram has more than 800 million active users on a monthly basis and around 500 million daily active users. 80% of all these users are outside the U.S, suggesting that the platform has massive global reach. The sheer number of users makes it ideal for businesses to boost their visibility. They also have more than 1 million advertisers. 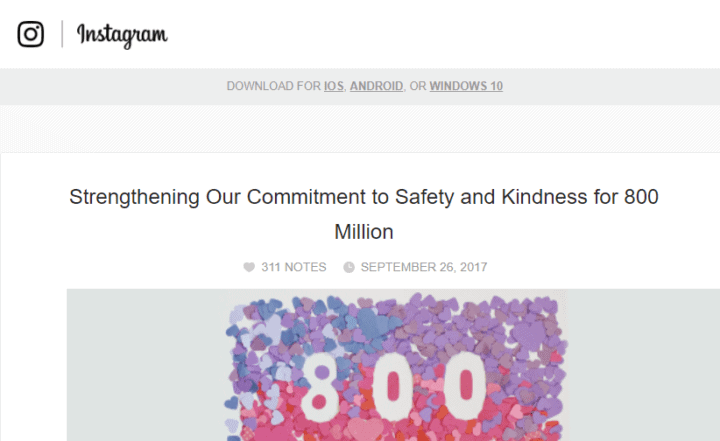 Check out Top 11 Instagram Tools Every Marketer Should Use

The best part about Instagram is that it has some of the most highly engaged users. On an average day, users share more than 95 million photos and videos. And these posts yield a total of about 4.2 billion likes in a single day. 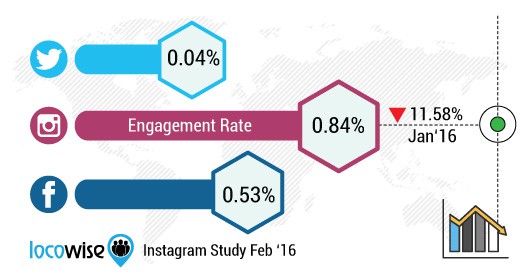 In 2015, Forrester conducted a study on how social media users engage with the top 50 global brands. They analyzed more than 2,400 posts and 11.8 million user interactions to collect useful data. From this data, they concluded that user interactions with brands are highest on Instagram when compared to every other social network.

Read How to Make Amazing Instagram Posts That Drive Conversions 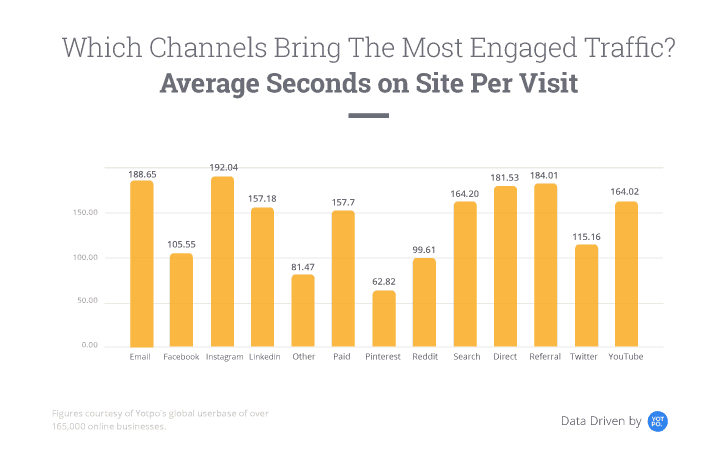 Your choice of social networking platform depends on your target demographic. Because you’ll need to be on platforms they prefer. A 2015 study conducted by Pew Research found that there are more female users on Instagram than male users. According to the study, 31% of women online use the platform regularly. The same holds true for 24% of men online. 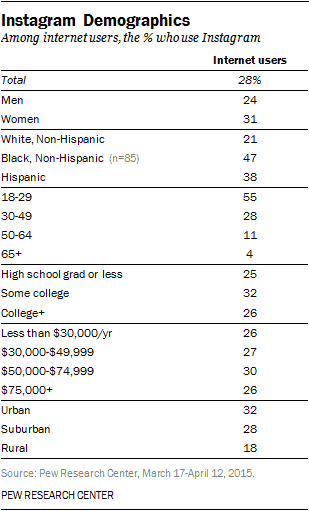 Instagram is most popular among young adults between the ages of 18 and 29. In fact, 55% of internet users in this age group use Instagram. This user base makes Instagram ideal for reaching a younger audience. Instagram is also a great platform for influencer marketing.

Now let’s move on to Facebook statistics. Numbers will help us gain a better understanding of its importance in marketing:

Facebook continues to be the number one social network when it comes to reach. According to the latest research by Dreamgrow, the platform has 2.2 billion monthly active users. So if you’re looking to increase visibility alone, Facebook wins hands-down.

When it comes to engagement, Facebook doesn’t perform as well as Instagram. But it still has the second highest audience engagement rate among all social networks according to Locowise. The Forrester study also supported this claim. It shows that the platform generates the second highest number of user interactions with brands.

Facebook is popular among online adults with 72% of them using the platform. Like Instagram, this channel is more popular with women than with men. But the difference isn’t too drastic. 77% of female and 66% of male internet users are on Facebook. 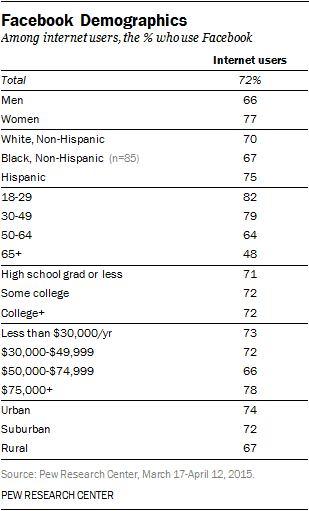 Ads on Facebook have been performing extremely well, resulting in ad revenue of $6.82 billion. These numbers have increased by 59% since 2015. According to Social Flow, each of the $1.7 billion users is worth $14.17 in annual ad revenue. A 2014 study also found that ads on Facebook perform much better than regular web ads. Facebook desktop ads have an 8.1x higher click-through rate while mobile ads have a 9.1x higher CTR.

Based on the data laid out above, here are a few facts we can make out:

Instagram outperforms Facebook when it comes to engagement. A News Whip study proves this fact by comparing the average likes for posts on the two platforms. If you look at the following data, you will see a clear contrast in the number of likes for the same brand on Instagram and Facebook. 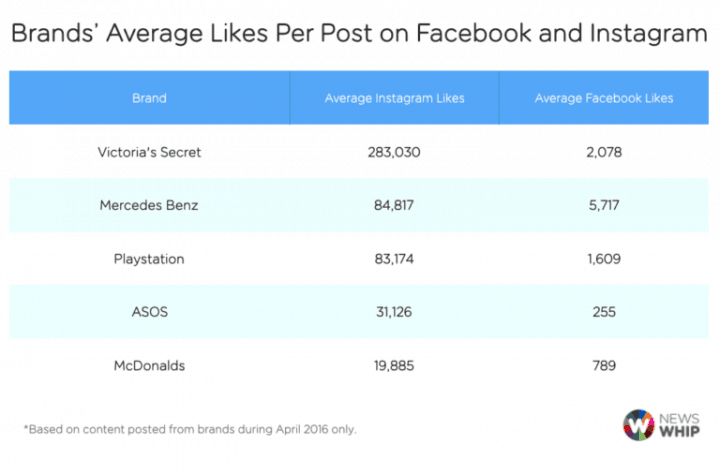 When it comes to reach, Facebook has authority over Instagram. Not only does it have a much larger user base, but it also has acceptance across most age groups. So you will have a better chance at boosting visibility using this platform. This is especially true if you’re not targeting a specific age group.

They developed a campaign involving carousel ads. These ads featured creative illustrations mimicking designs that are popular in biking culture. Each of these illustrations focused on their motorcycles in a unique storyline. Within just three weeks, they reached almost 1.4 million men in their target age group.

These ads also managed to drive 8,365 clicks to the brand’s website. As a result, Harley-Davidson accomplished its goal of reaching a younger audience. Here’s an excellent example of how Instagram can help brands in re-targeting and engaging younger people.

If you’re familiar with Instagram, you already know that there are limitations with linking. You can add one link to your bio, but that’s about it. Users cannot share links to their blogs through photo captions. The other option involves creating a sponsored post. This post will lead users to a specific landing page.

Facebook gives you the freedom to share unlimited links to your blogs and product pages. So if your goal is to distribute informational posts and promote your blog posts, it would be a better option than Instagram.

Choosing the right platform depends on what you’re looking for. You have to think about your goals and what you wish to achieve from the campaign. Benefits of Facebook and Instagram are highly subjective. Different features and audiences mean that what works better for you may not work so well for another business. But the data from this post suggests that Instagram may be a better choice for promoting your business and engaging with an audience. Do you agree? Let us know what you think in the comments below.

Author bio: Brandon Leibowitz is the founder of a social media marketing agency in Los Angeles, California and a skateboarding news blog.